A closer approach about quantum computing is given by the Github’s user arikalfus in her blog, with an interesting article series.

A plethora of public key algorithms resistant to quantum computation are now feverly developed by mathematicians and cryptographers. Among them, SIDH, by De Feo, Jao and Plût shines because it is still based on elliptic curves. SIDH stands for Supersingular isogeny Diffie-Hellman interchange. The aim of this article is to provide a rough description of what SIDH is, avoiding too technical wording (my apologies to mathematicians and cryptographers if my language is not accurate enough).

It is a property of some mathematical objects, among them, elliptic curves. For a curve in Weierstrass form it is defined as

Two curves are equivalent if both share the same j-invariant.

We have a supersingular elliptic curve if some internal properties are fulfilled. For the matter of this post, the interesting supersingular curves has j-invariant values 0 or 1728. So, either $a=0$ or $b=0$.

An isogeniy $\phi_R$ is expressed as a set of formulas (known as Velu’s formulas) depending on point $R$ that yields $\{a’,b’\}$ from $\{a,b\}$ and the transformation of any point $Q$ in $E$ to $Q’$ in $E’$. In principle, they consists in a bunch of field multiplications and divisions but repeated a numer of times equal to the point order of $R$, but there are strategies to reduce the overload (we will further see more about this).

In general, we can say that an isogeny is approximately as hard-computing as a point multiplication.

The role of isogenies

Before plunging into details of SIDH, it is worthy to show roughly the role of isogenies in it.

Each agent of a DH interchange computes secretly a point $R$ as the kernel of an isogeny. Then the isogeny is applied to a known point $P$ and yields $P’$ in $E’$, what is made public.

In SIDH this latter idea is nuclear. Let’s see how.

The field is chosen as $\mathbb{F}_{p^2}$ with the reduction primitive polynomial $X^2 + 1$ (it is primitive thanks to the election $p = 3\,\mathrm{mod}\,4$). Notice that this field has the same arithmetic as complex numbers; in fact, we can write the elements of the field as $a + bi$.

Now we define a supersingular curve over this field; for example, the simplest one:

So the partners of a SIDH interchange must share the following parameters that define the system: $\ell_A,\ell_B,e_A,e_B,f,P_A,Q_A,P_B,Q_B$.

Now we are ready to understand how SIDH works. As usual, the partners are Alice and Bob.

Alice uses A-base. She takes two random numbers $m_A,n_A$ (not both divisible by $\ell_A$) and computes

In the mean time, Bob creates his own secret key $m_B,n_B$ (not both divisible by $\ell_B$), computes the secret point

The trick is: both curves are equivalent! That is

Along the post I talked about computing isogenies. This is a very tricky step, and I will sketch it very roughly (the topic deserves a full post).

As I said, in principle compute an isogeny is repeat some field operations (multiplications and divisions) as many times as the cardinality of the kernel point states. But if the cardinality is “smooth”, that is, if it is a compound of small numbers, then we can compound also “small” isogenies driven by these small numbers and they builds up the full isogeny.

But, by construction, the isogeny kernel is just a point with cardinality $\ell_A^{\,e_A}$ or $\ell_B^{\,e_B}$, so we deal with grained computation of $\ell_A$-isogenies (respective $\ell_B$-isogenies). This $\ell$-isogenies are “small” in the sense described above: they need a few number of field operations, so the smaller $\ell$, the fewer operations are needed.

In SIDH both partners share the j-invariant of a curve, calculated via two isogenies that are interchanged. The public knowledge of the interchanged curves does not allow to know the final j-invariant without the private multipliers used by the partners. If we want to break the security with a normal computer, the problem is as hard as ECDH; for a quantum computer the complexity is also exponential, but only if the base curve is supersingular. 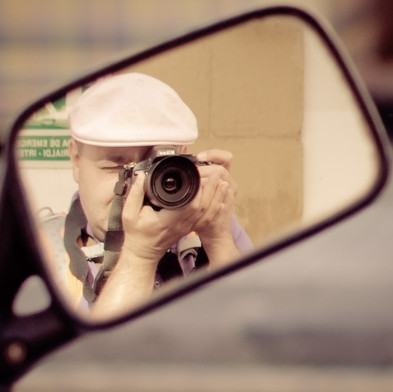